This award is to celebrate those members who are taking their super seniors out to driving events and in its second year, eight golden oldies were crowned worthy winners.

Named after Antonia Gallops’ Welsh pony Moses, the achievement based award is given to any horse, pony or donkey 16 years and over who has attended six driving events from the 1st January to 20th September each year. The events can be with any group or society, signatures are collected and submitted to qualify for an award and the oldest overall entry is presented with a keepsake trophy.

The 2021 trophy was awarded to Will and Elaine Leslies’ Magic who at 20 years was the oldest participant.

This smart piebald cob has turned his hoof to social drives, showing and trials so is extremely versatile between the shafts and not showing any signs of stopping.

Many congratulations to all entrants, your older driving partners are a real credit to you. 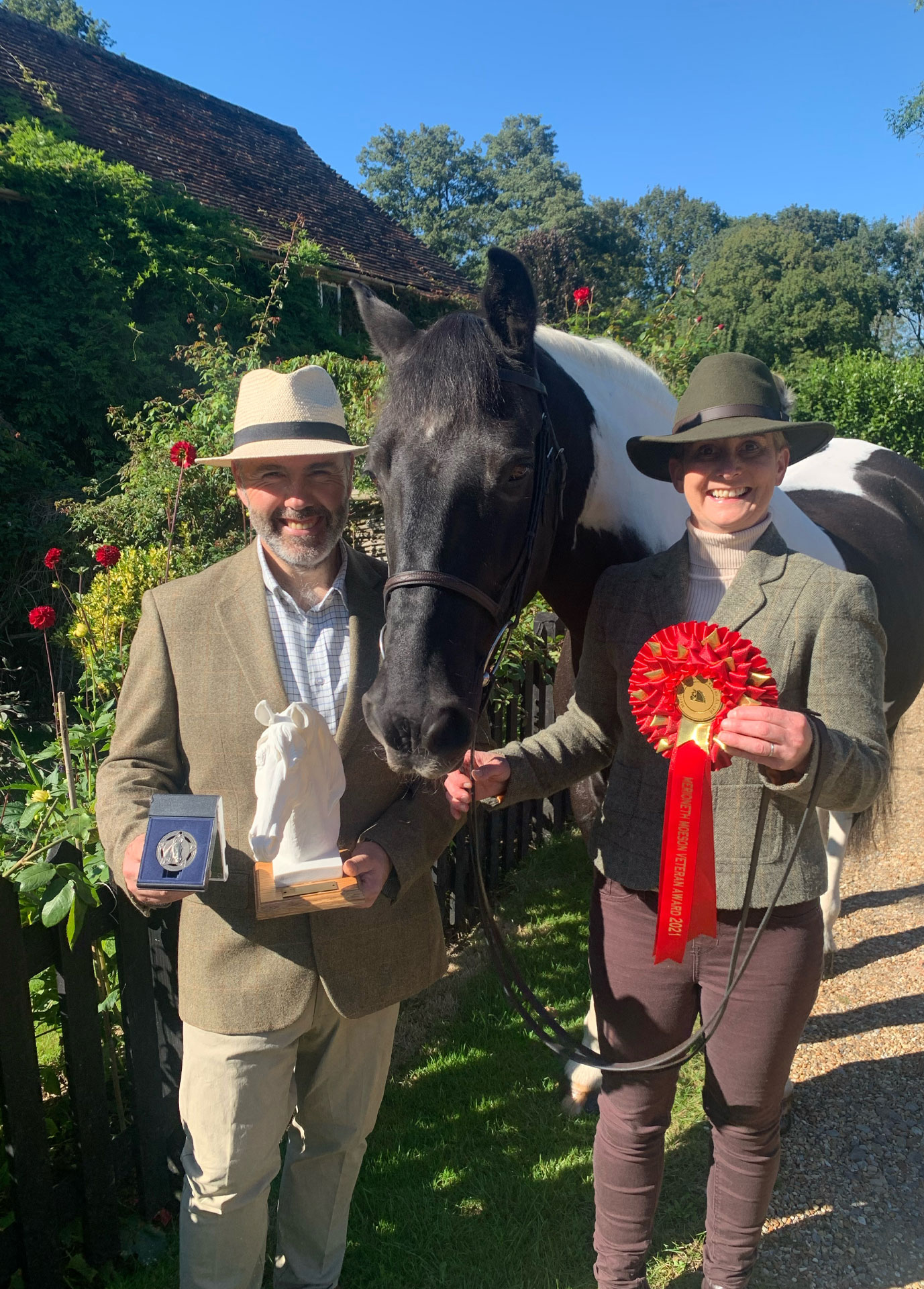 SUN
We are out Driving

Drop Us a Line

Don’t be shy. Let us know if you have any questions!